The beginning of science-fiction 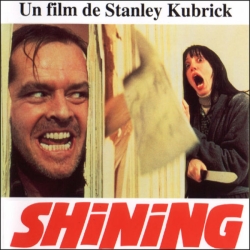 Man has always had a vivid imagination and as soon as he could speak, he began to tell fabulous stories. With the advent of writing, legends quickly took one second breath and the first traces of fantastic stories naturally appeared.

In the second century the Greek Lucien de Samosate wrote about a trip to the moon. In 1516 Thomas More wrote Utopia, where he described his vision of a perfect society. Others are in 1726 Jonathan Swift and Gulliver's Travels, in 1818 Mary Shelley and Frankenstein or the Modern Prometheus. Some authors already had one foot in the scientific fabulous.

But the genre was not yet launched. By then it was just a few isolated works, nothing serious for intellectuals of the time. Then came Jules Verne. In 1864 this is From the Earth to the Moon, the next year Journey to the Center of the Earth. JulesVerne evoked space travel, underwater exploration, invisibility, life inside the globe, many theme that will guide the tomorrow's authors. If Jules Verne created the bases for sci-fi, it is HG Wells who consolidated them. The Time Machine in 1895, The Invisible Man in 1897, The War of the Worlds in 1898 are all cult novels that have been used for a long time as references. Verne and Wells have created codes and modern science fiction was ready to be born. 1911 is generally considered as the beginning of the modernization of the genre.

Hugo Gernsback was 20 years old when he arrived in the United States in 1904. Passionate about electricity and radio he launched a magazine called Modern Electrics in 1908, a popular science publication essentially dedicated to radio. Then Gernsback included some news about technology to come. Hugo then started writing a novel, and in 1911 he released the boring 124 Ralph C 41 +. This book was a catalog of inventions coming such as television, space flight... To designate this style of story Hugo used "scientifiction". Some American magazines echoed this style with scientific news mingled with more romanticized stories.

In 1912 Edgar Rice Burroughs led the way with the Conquest of the Planet Mars. We are talking about space travel and discovery of another world, without giving readers any rational explanation. In 1918 Abraham Merrit published The Chasm of the moon: a novel about the discovery of a peaceful island, the entrance to an underground world with men and non-human creatures. He subsequently wrote several other novels mixing fantasy and sci-fi of such a quality that they are still reprinted today. These explorations stories combining science and poetry have many followers. And under the guise of "scientifiction" many authors will be published. Some of them are Robert Howard, creator of Conan the Barbarian and HP Lovecraft creator of the myth of Cthulhu. The texts proliferated, fused with ideas, and new talents arose. The "scientification" was booming. In September 1927 there Lovecraft published one of his finest book, the color of fallen the sky. A meteorite fell on the city of Arkham and an horrible phenomena disturbed the tranquility of the people.

Hugo discovered many authors who will become the biggest names in science-fiction tomorrow, EE Doc Smith, Harl Vincent and especially John W. Campbel. In 1929, when he was at the head of a new pulp Science Wonder Stories, it was for the first time the word Science fiction was used. In addition to finding talented authors, Hugo created the fan club. Hugo has allowed readers to give their views on the written works in the magazines, through letters to the editor. This topic has created a real dynamic between readers and authors. New talented authors appeared such as Nat Schachner, Harl Vincent, Jack Williamson.

In 1937 is released a book for teens The Hobbit by JRR Tolkien, a work that did not yet sound great. The first anthology of SF appeared that in 1943, but it was not until 1950 that the first collections of novels emerged, and they will simply reprint the best serials pulps. Science fiction was then confined to the kiosks and train platforms. This habit is still present in the Anglo-Saxon world where you have no trouble finding a sci-fi novel in an airport or a train station.

Despite the breakthrough of the genre, it was not easy to make a living in this area. This literature was poorly perceived by the intellectual elites, who saw it as a sub-culture. Riding on the growing popularity of pulp magazines, comics batman, wonder woman, Flash Gordon, Mandrake ... emerged. In 1938, the SF literature's diversity was already difficult to define, with comics like Batman, the definition is that more confusing. As if that were not enough, the year 1938 was also marked by a radio show that impressed the American public: Orson Welles's adaptation of the novel by HG Wells: War of the Worlds. The realism of the show, false newsletters taking stock of the earth resistance, interview jargon of an alleged minister, all combined to make it look like a serious adaptation. A wave of panic on the audience and the press of the time reported some suicide attempts. This was one more opportunity to denigrate the SF. Works of Lovecraft and Merrit highlighted the literary qualities and congratulated these innovative ideas.

At the base, Campbell was a promising writer of sci-fi whi published The Beast from another world which mentions the presence of an ET who can take human form. This will be adapted to the cinema in the 80s by John Carpenter under the title of "The Thing". Just in the course of 39 Campbell discovered Asimov, Van Vogt, Heinlein, Simak Lester Del Rey, Sturgeon, CL Moore... All these writers were inspired by the pulps launched by Gernsback. This is where we see the importance of his work. Campbell reigned with an iron fist on the world of SF, so that his vision is usually retained. All authors of the time were trying to be edited by this reference editor. Locked in his narrow view, he missed wonderful texts that are still sold today, such as Ray Bradbury and The Martian chronicles. Extremist and committed to Dianetics Hubbard (which will become the foundation of Scientology church), Campbell scared away many talented authors who once were on his side like Asimov and Sturgeon.

Another editor is Gold who discovered Frederick Brown who introduced the concept of Science Fiction burlesque. Just read the famous Martians Go home, an invasion of the little green men, to understand that all the clichés that have made the success of the SF have gone through the mill for our greatest happiness. Brown was followed by Robert Scheckley in pure relaxation where the narrator is almost always the final victim of the plot. Galaxy published Philip José Farmer, the man who made the fantasy "adult" by a clearly erotic (and often subject to censorship), but also many messages conveyed against pedophilia, tolerance ... In bookstores, the year 1949 was marked by the release of 1984, anti-utopia of George Orwell, a terrible description of a future totalitarian world. However, as the Brave New World of Huxley, it should be noted that the author wanted to write a political pamphlet and in no way a science fiction novel.

For his part, the British philologist JRR Tolkien had continued in the shadow of the small hobbit saga begun in 1937 in the Biblo Hobbit. His book, The Lord of the Rings, was so enormous that his publisher had to publish in three volumes between 1954 and 1955. All modern fantasy follows and sometimes even finds its influence in the science fiction roots. In 1957 the The Russians launched the first Sputnik and an era of space exploration began and there were now nearly 40 sci-fi magazines in the United States.